Celebrate with us 25 years of awesomeness

KDE is 25 years old! Come celebrate with us, attend our talks, join our offline meetups, check out the history of the project — and play with some of historic landmark desktops and software, and get some really cool merch!

Join our fireside talks and meet other KDE friends and enthusiasts.

NOTE: Links to the actual talks will appear here shortly before each chat starts.

Aleix, Lydia, Eike, Adriaan and Neofytos are the KDE volunteers that run KDE e.V., the foundation that supports the KDE Community in all organizational, financial and legal matters. In this fireside chat we sit down with all five of them to talk about KDE’s history, achievements and where they think KDE is headed. We will also dive into what it means to support the KDE Community for almost 25 years.

Jeri Ellsworth, self-taught electronics engineer, race driver, and maker and inventor supreme, will give us a glimpse into her latest project: Tilt 5, an augmented reality system for collaborative tabletop gaming. Yes, it is awesome as it sounds.

Massimo Stella of Kdenlive will talk about how KDE’s video editor came to be, where it is now and what we can look forward to in the future of open source film-making.

25 years ago Matthias Ettrich sent a now famous email to the de.comp.os.linux.misc news group. In that message, Matthias asked developers to join him in building a Kool Desktop Environment (and a set of apps to match), all geared towards end users. We will chat with Matthias about how KDE started, dig into the details and fascinating anecdotes that shaped the project and our community in its early days, and discover his perspective on what has become of his vision since then.

Let’s celebrate KDE’s 25th Anniversary together! Join the meetups and get together with fellow Community members, make friends, and explore similar interests. Events are happening, both online and in-person! You can join the in-person events in Berlin, Malaga, Barcelona, Nurnberg, or Valencia or host your own event in your city and meet for coffee or drinks.

Nate Graham (developer and author of This Week in KDE), Aleix Pol (President of KDE), and Lydia Pintscher (Vice President) will be answering all your questions on Reddit live on Sunday, October 17th at 16:00 UTC. Don’t miss it!

But you can still visit KDE’s subreddit and receive up to date news, interact with KDE contributors, and participate in lively discussions!

Like many Free Software projects, at KDE we rely on volunteers and donations to carry out our work. Volunteers develop, contribute media, translate, promote, and help implement KDE software. Donations help us with all the operational costs of running a non-profit with thousands of members.

You can find out how volunteers work together and monetary resources are allocated by taking a look at our yearly reports.

You can contribute too! Here are some ways you can help us:

You can make a donation of the quantity of your choice or become a KDE Supporting Member and donate a yearly amount to KDE. Every bit helps!

Over the years more than
7000 Kontributors joined

Becoming a KDE volunteer keeps the Community and our software alive. To celebrate KDE's 25th anniversary, we have compiled a list of 25 things you can do for KDE and Nate Graham has turned the list into an entertaining and informative article with tons of links to resources.

Learn how to get involved

Are you a manager in a company that finds our work useful? Let’s develop better code together! Many companies encourage their developers to contribute to KDE’s software. You can too.

You can also sponsor our activities or, better yet, become a KDE patron!

In time to celebrate KDE's birthday, Plasma renews its looks performance and speed. You get a new wallpaper, an updated theme, extra speed, increased reliability and new features.

Find out about all the details that make the new Plasma so deserving of this 25th Anniversary on the release's announcement page.

The History of KDE

Download and try historic versions of Plasma and KDE on easy to run virtual machines. 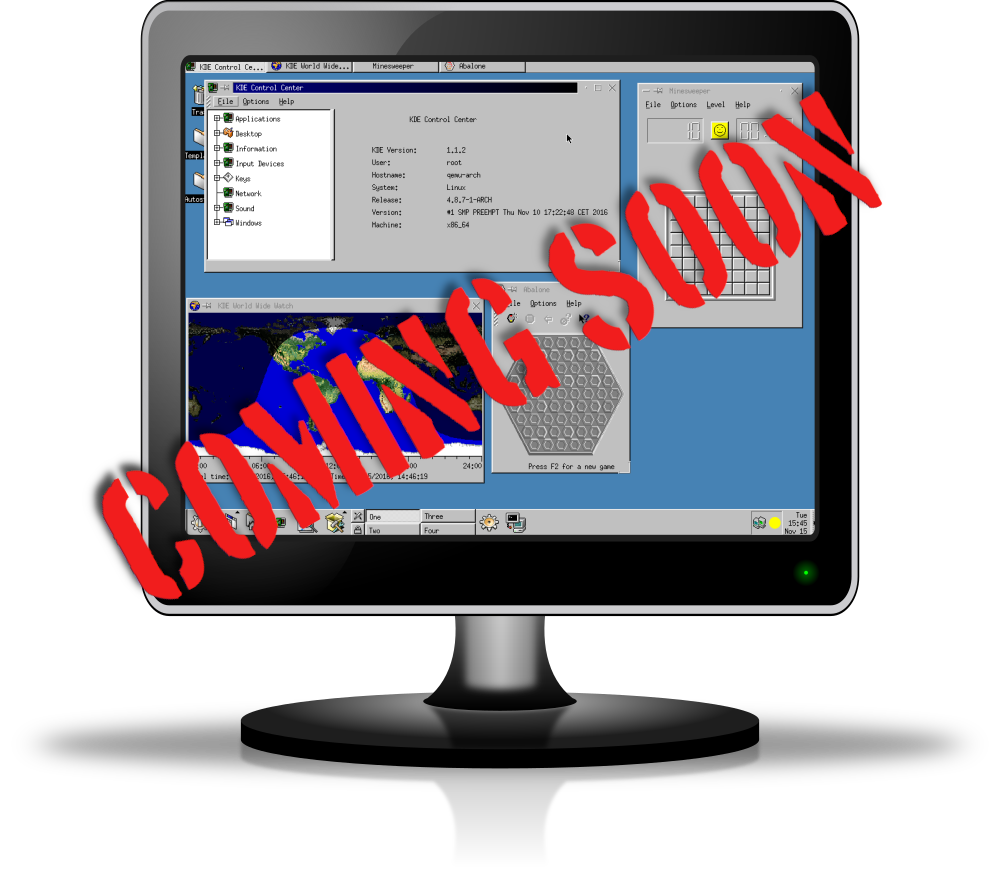 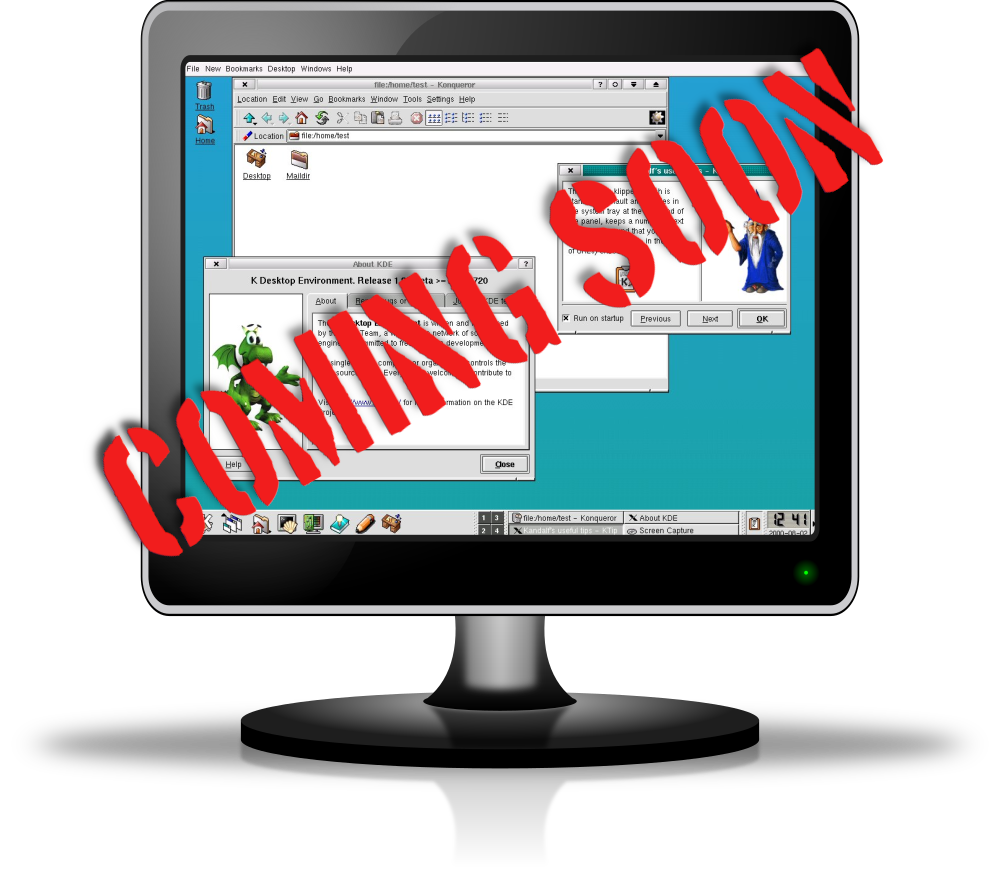 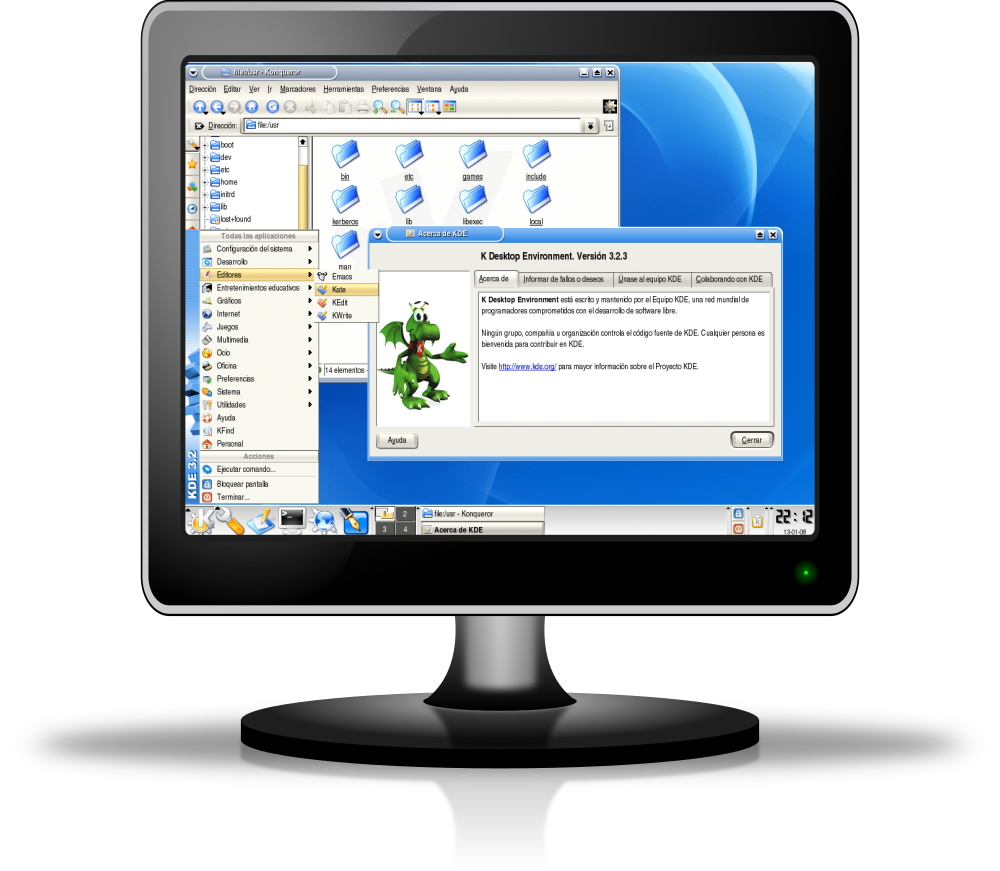 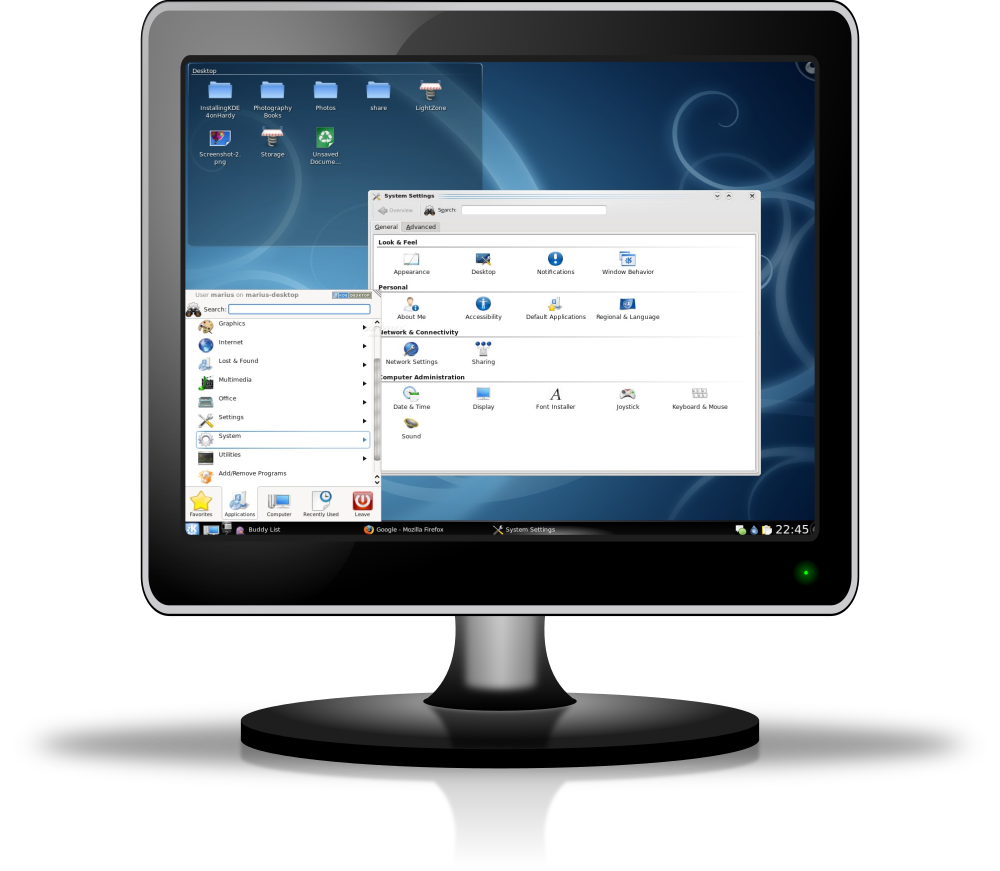 As is well known, the Universe was born 14 billion years ago. Then nothing much happened until KDE popped into existence on the 14th of October of 1996... That's when stuff really kicked off.

Delve deep into KDE's history at our updated KDE Timeline.

Check out what things were like across the 25 years of KDE’s existence.

Right click on an image to see a bigger version. 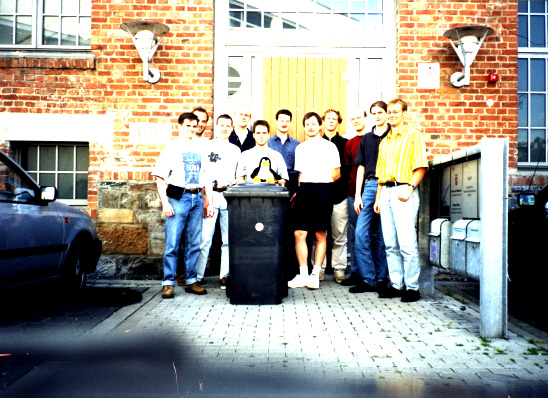 ‘KDE One’, probably the first KDE event. Held in Arnsberg, Germany in 1997 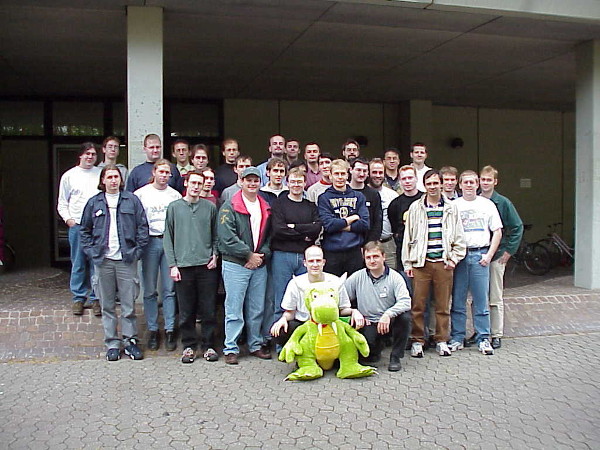 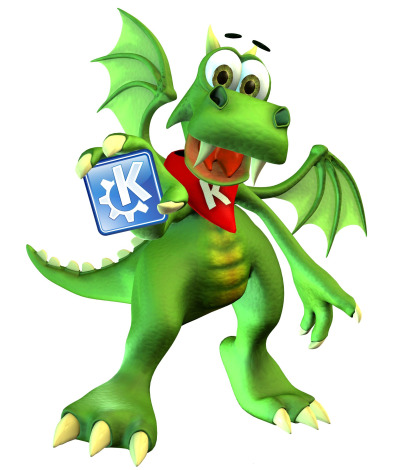 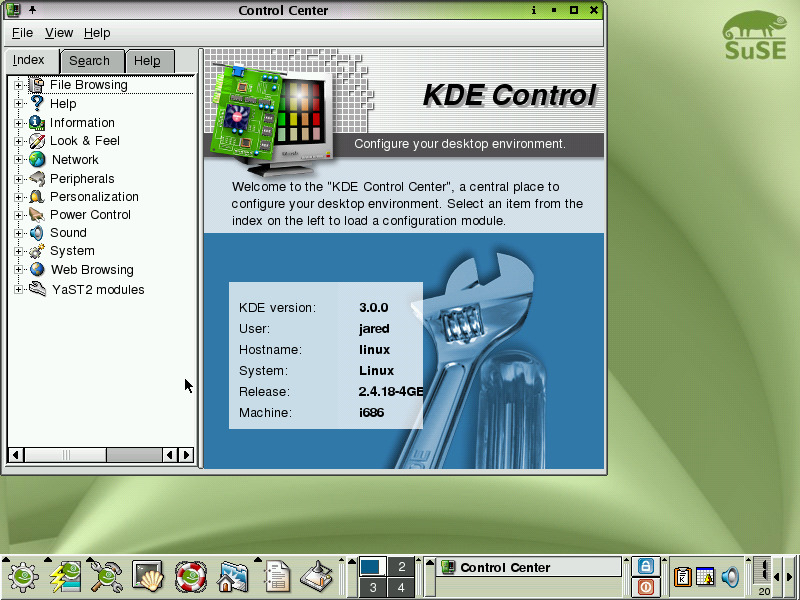 Initial release of KDE 3 on SuSE - 2002. Thanks to Manuel Alberto Ascencio Ramirez. 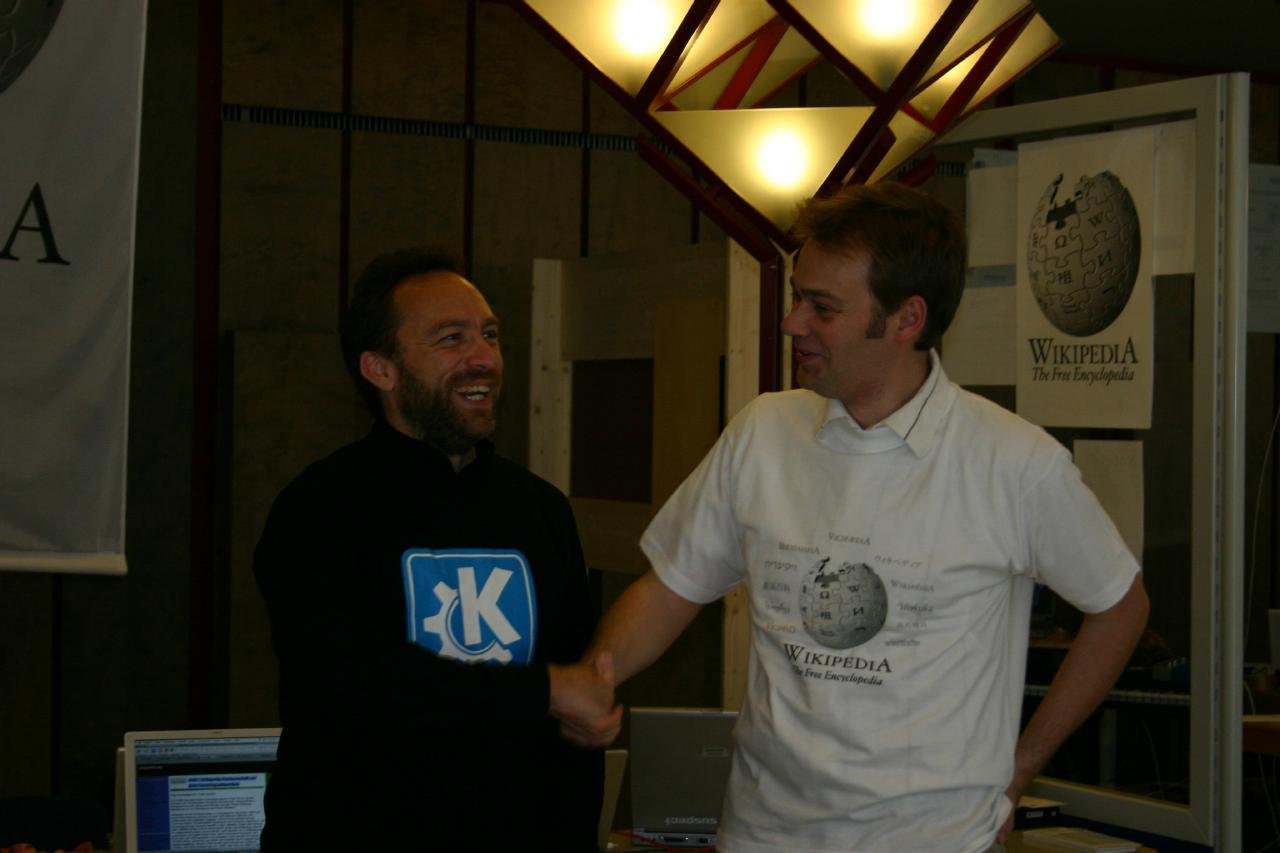 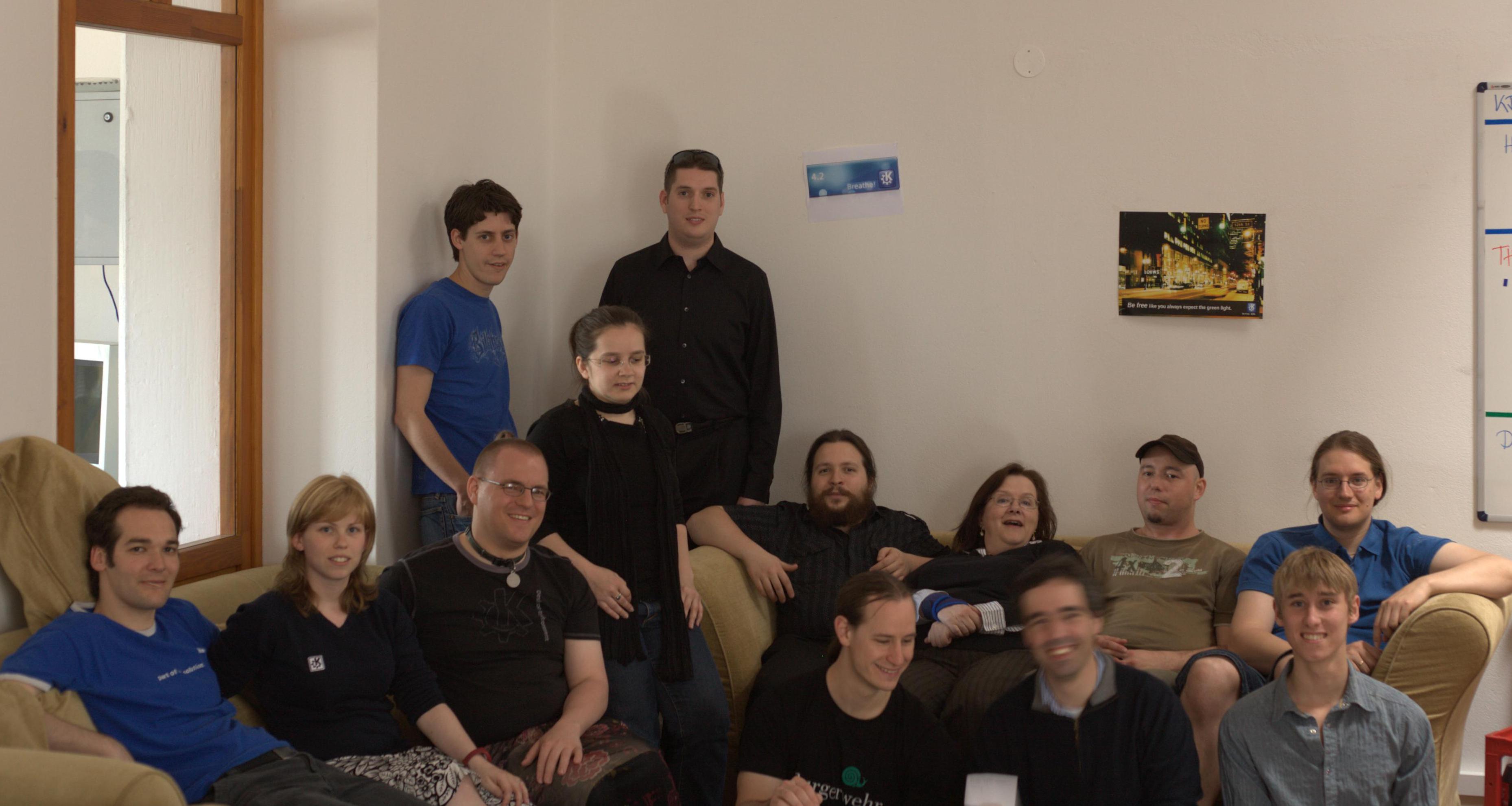 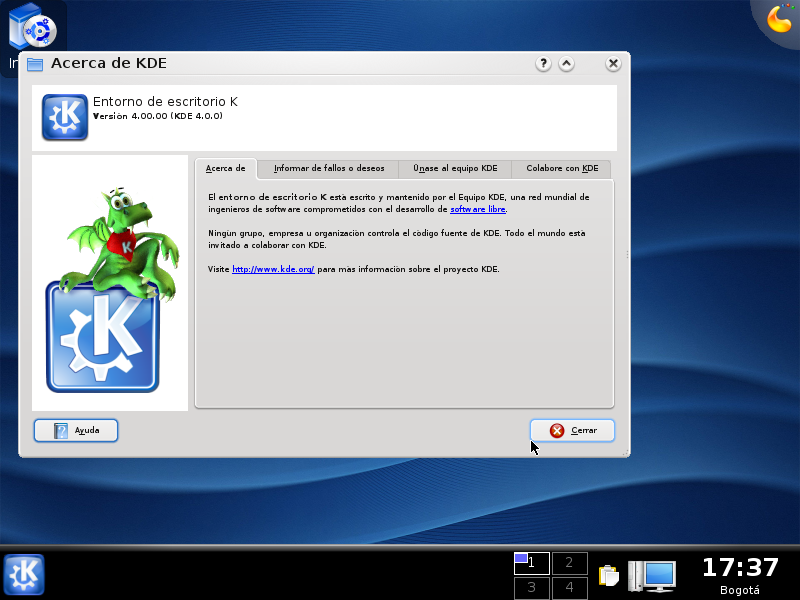 Initial release of KDE 4 on Kubuntu - 2008. Thanks to Manuel Alberto Ascencio Ramirez. 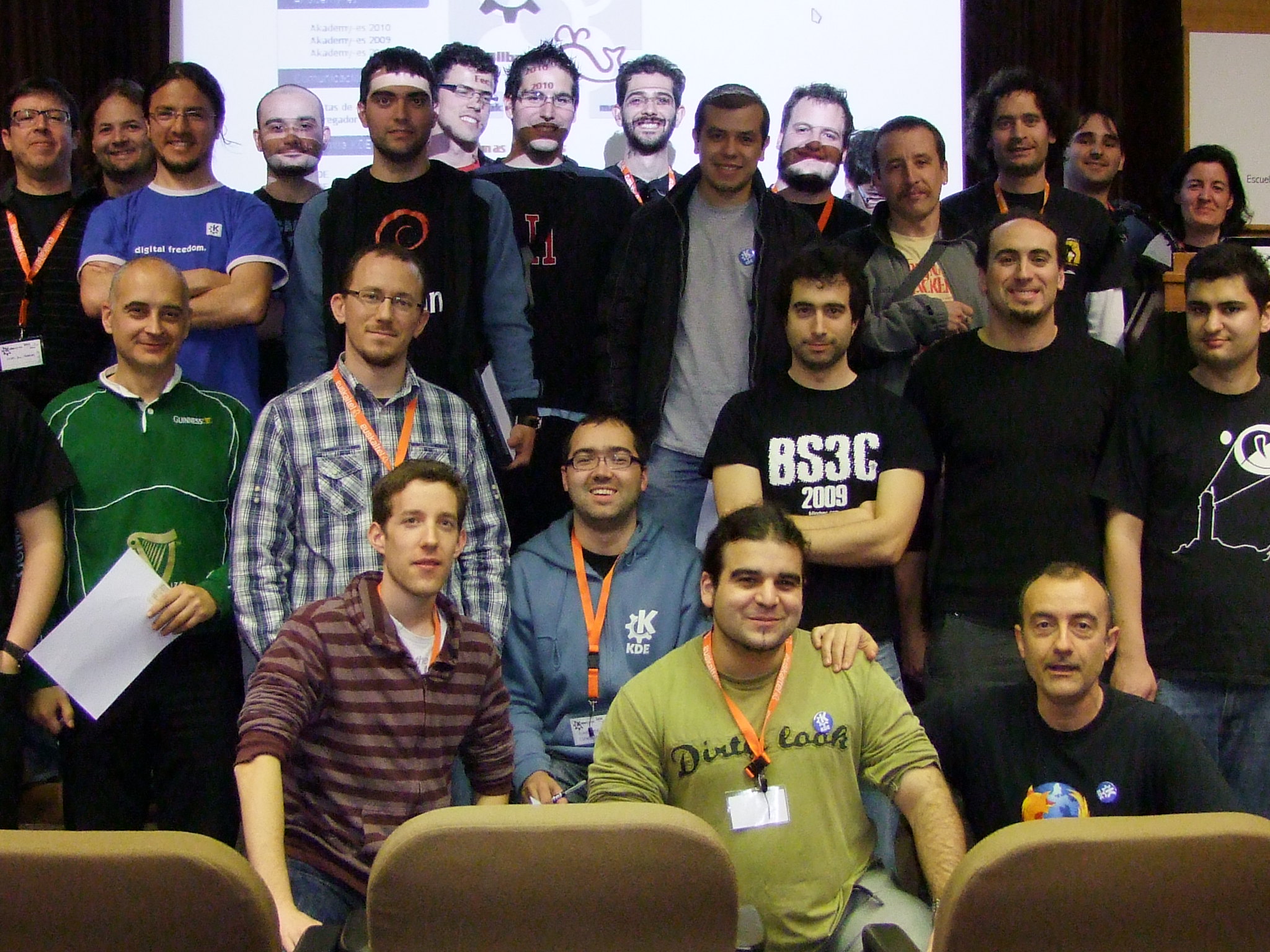 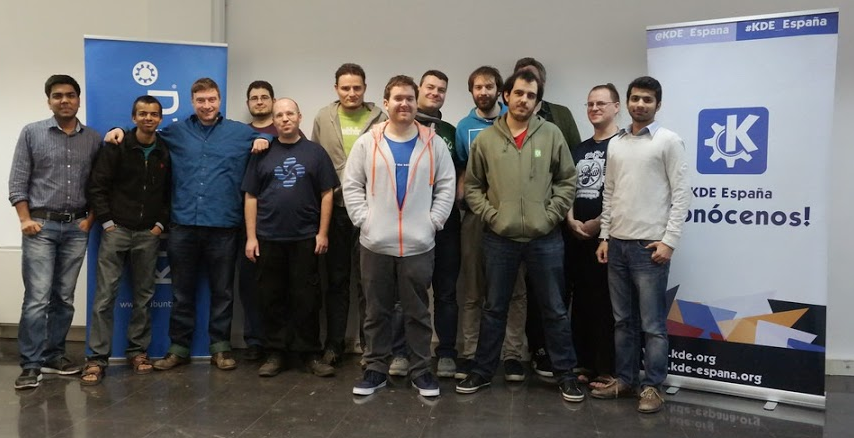 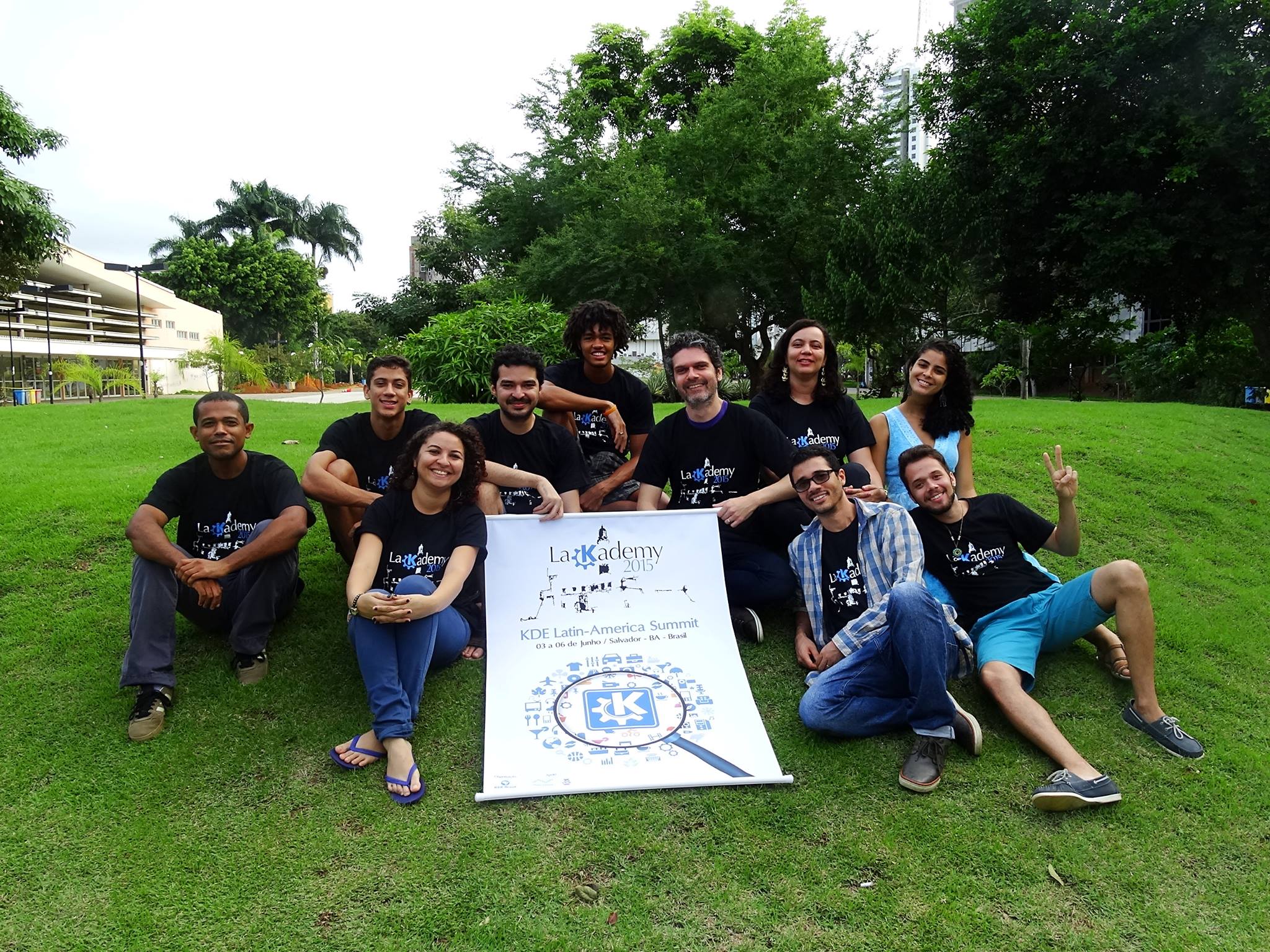 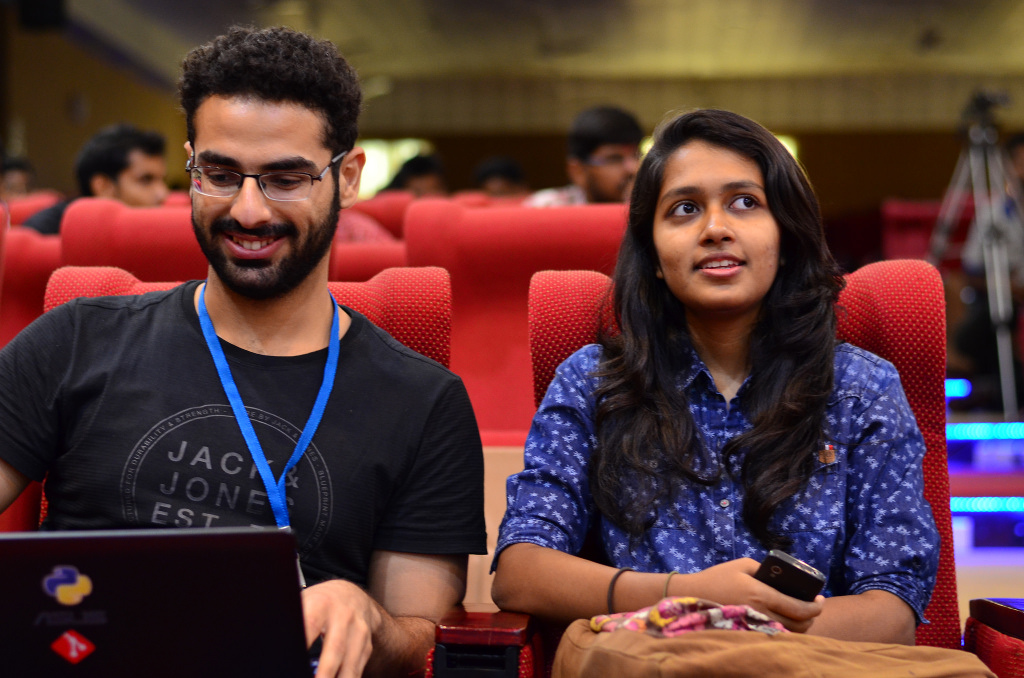 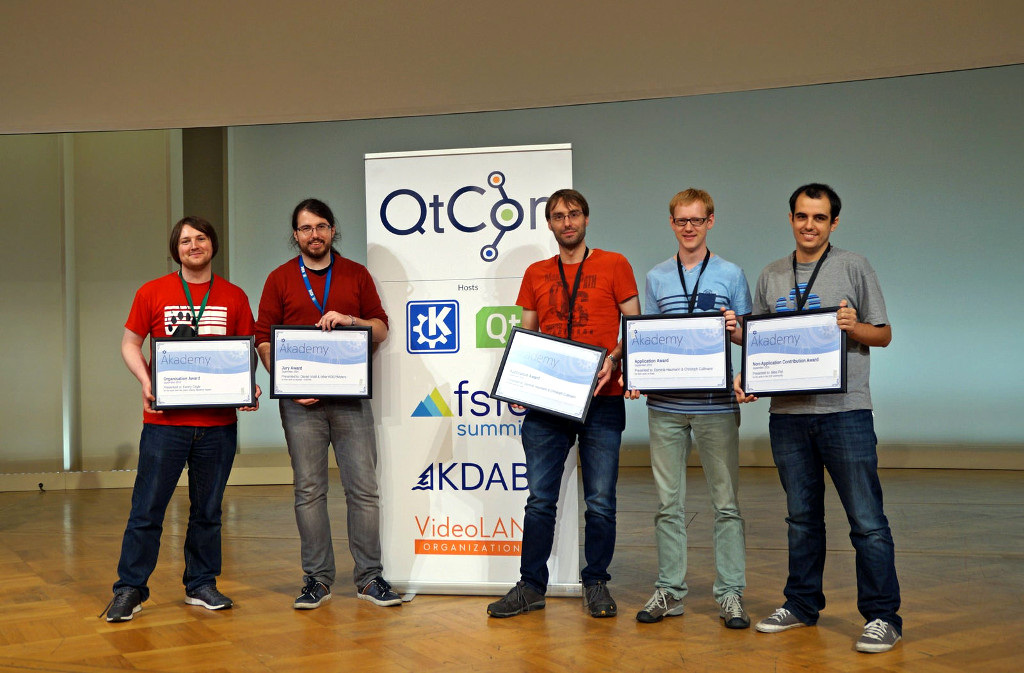 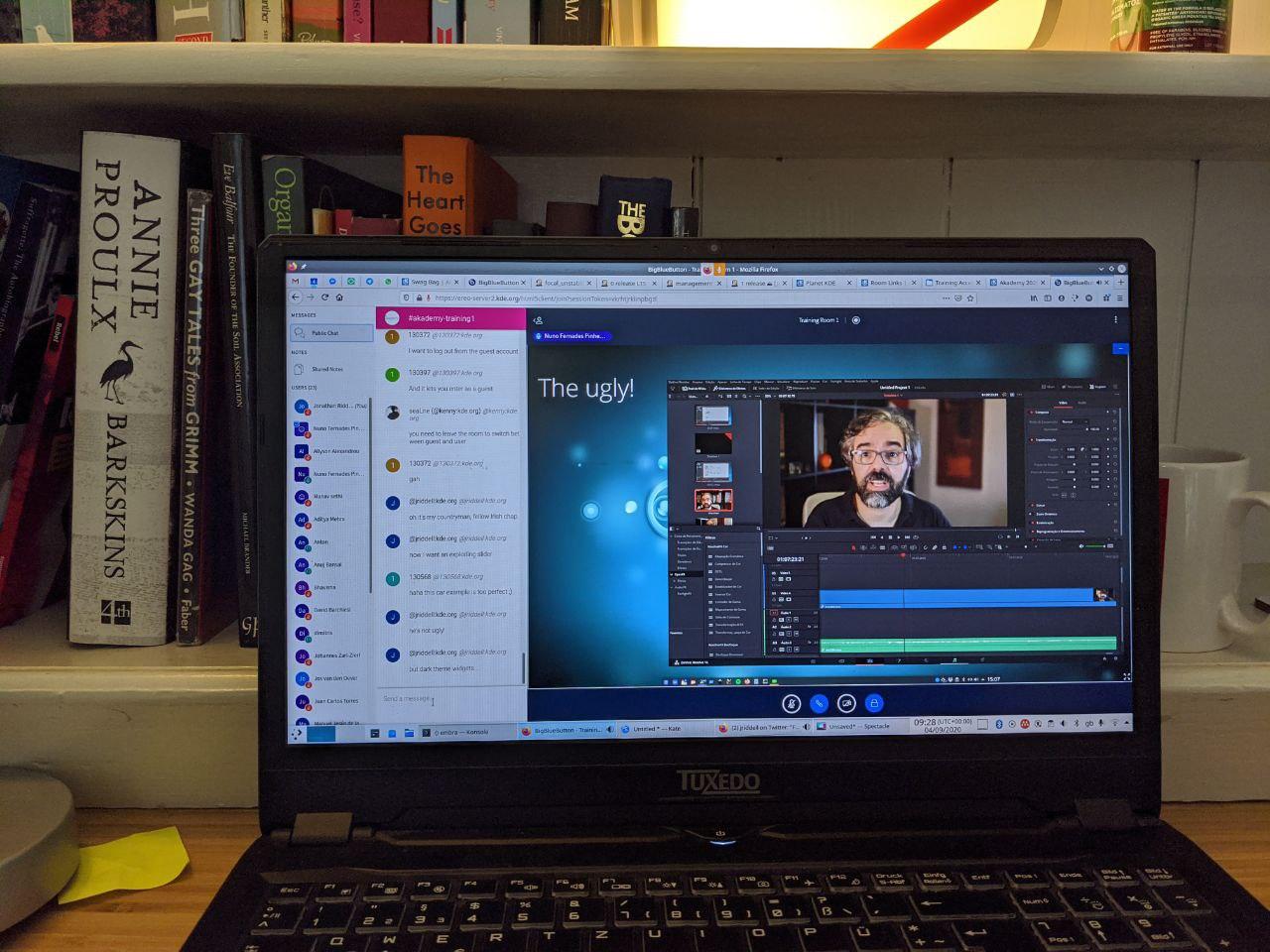 Have you got pictures or videos of the KDE Community you would like to show the world? Write to us! We’d love to display your contribution in our gallery!

KDE in the Wild

KDE’s desktop and its applications have popped up in quite a few weird places over the years. From the Hadron Collider to Heroes, KDE has made its way into all sorts of industries, organizations, films and TV shows. Here are just a few of KDE’s most notable star moments:

Right click on an image to see a bigger version. 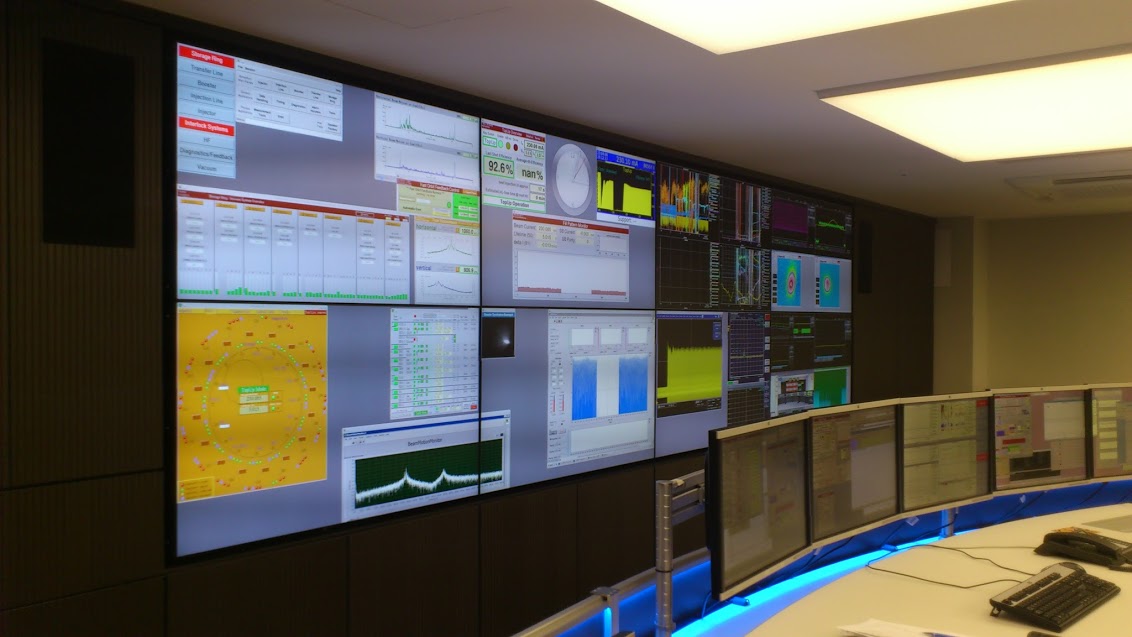 2014 - Plasma is used extensively throughout CERN, the place where the World Wide Web and the Large Hadron Collider were born. In this case, we see KDE 4 being used at a control station for a particle accelerator at Adlershof Technology Park, Germany. Photo courtesy of Thomas Weissel. 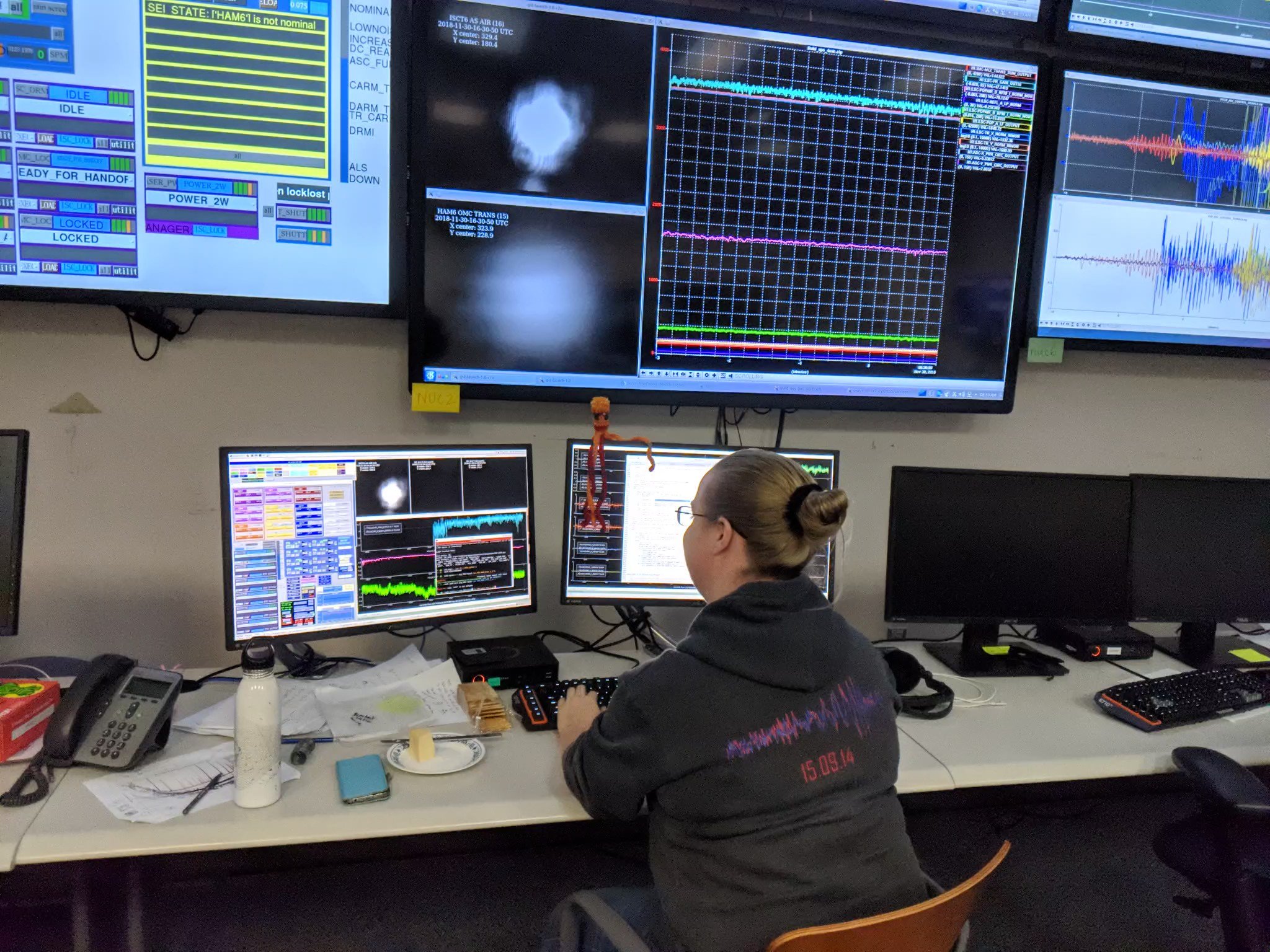 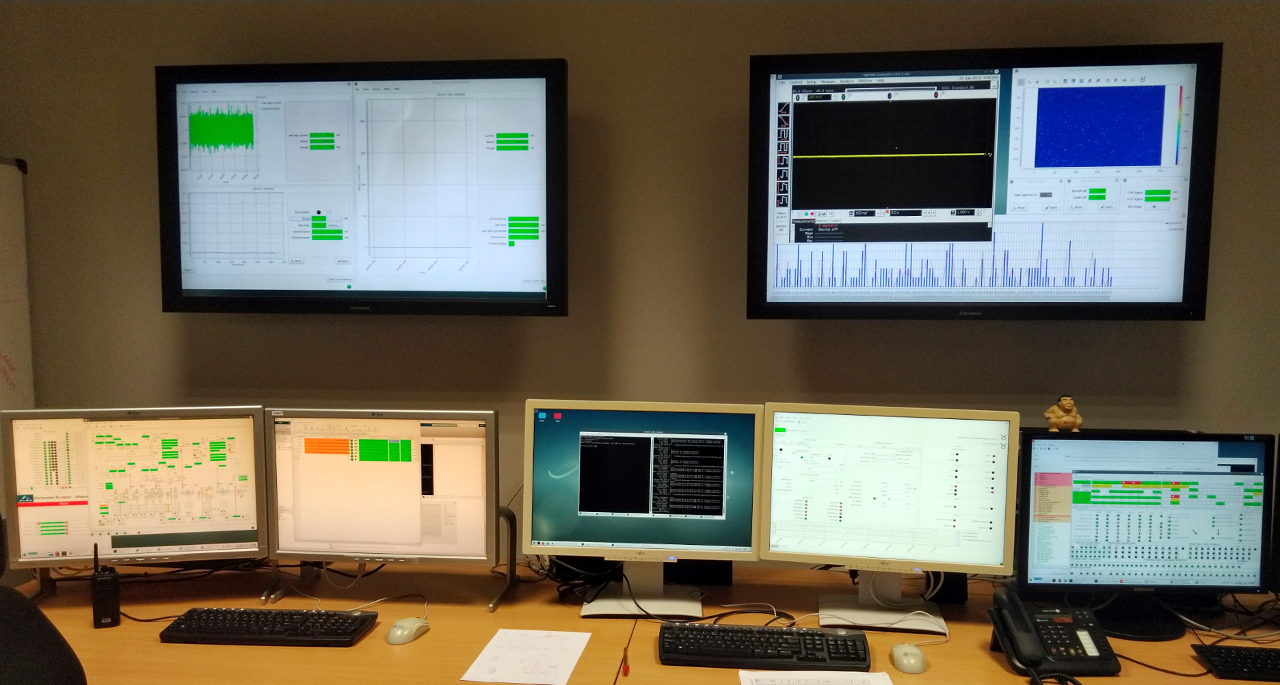 2019 - In the ALBA Synchrotron, located near Barcelona, Spain, they shoot electrons along an accelerator to produce light for studies in different fields. Photo by Sergi Blanch-Torné. Source. 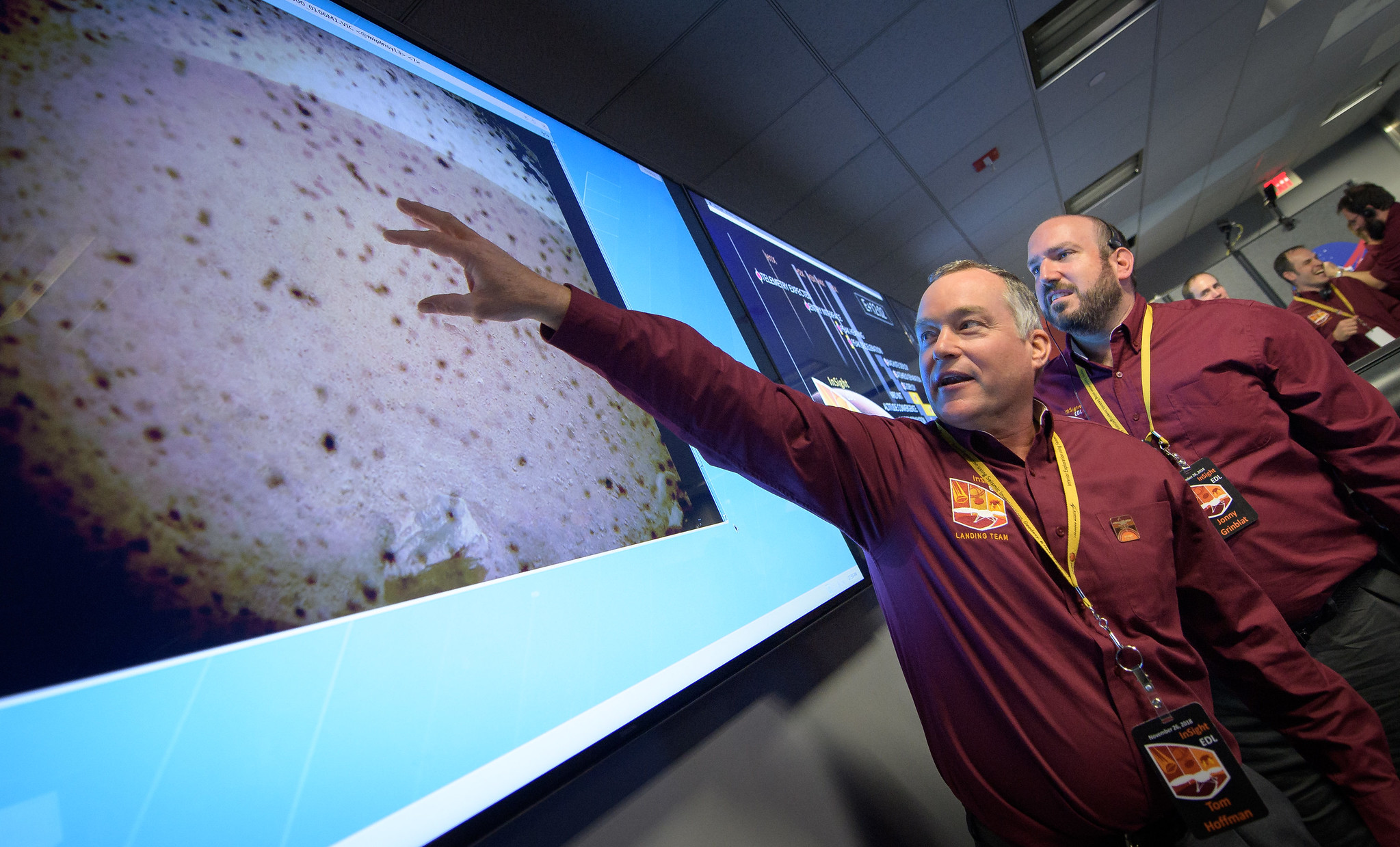 2019 - The first images from Mars sent by NASA’s InSight lander were displayed to the world using KDE 4. Image courtesy of NASA. 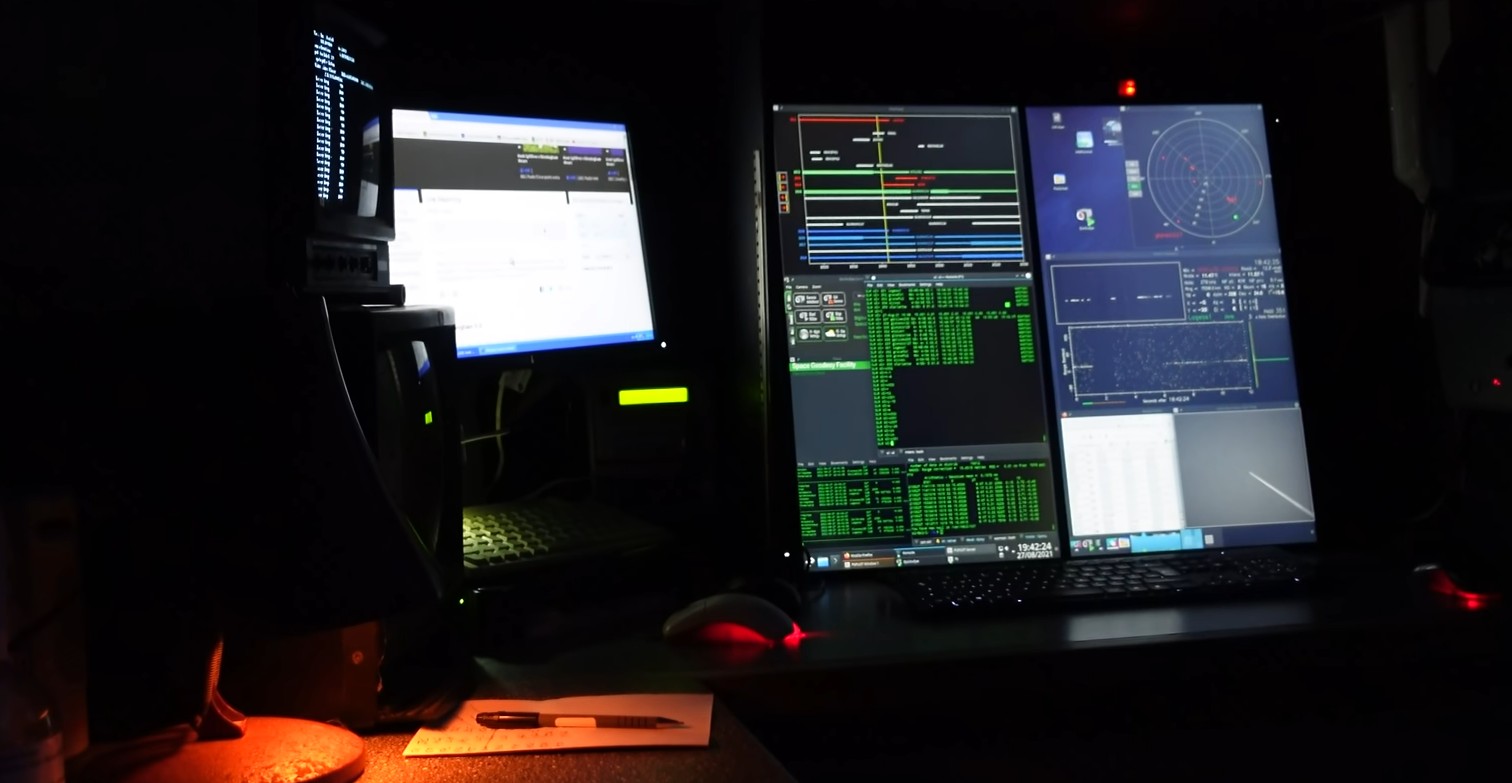 2021 - NERC’s Space Geodesy Facility fires lasers at satellites to check their position to a high degree of precision. Scientists use a wide range of KDE software products on their workstations, including Plasma and Konsole. Source. 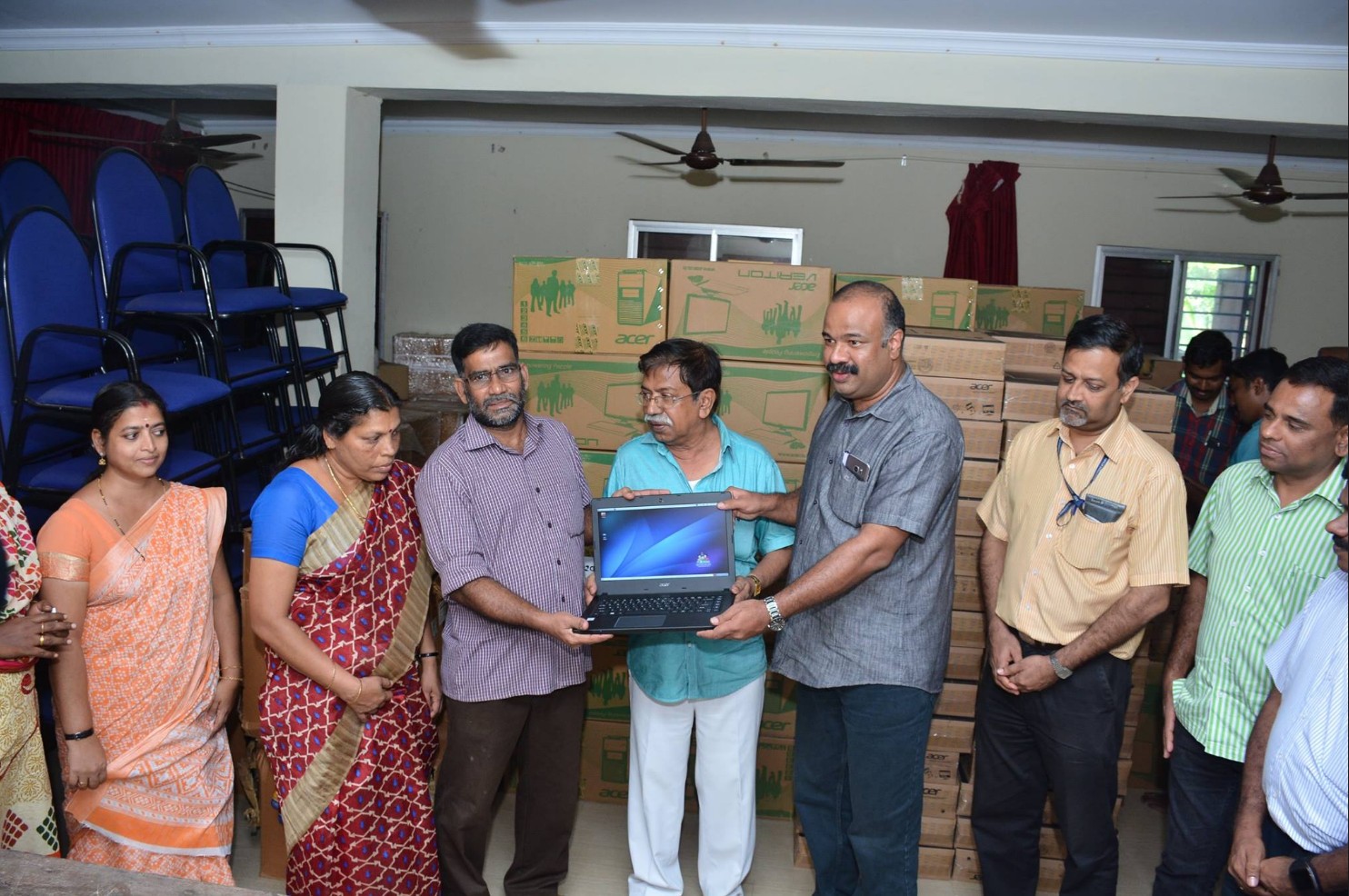 2017 - KDE’s software, including the Plasma desktop, is used extensively throughout Kerala’s educational system and is preinstalled on laptops pupils use. Source. 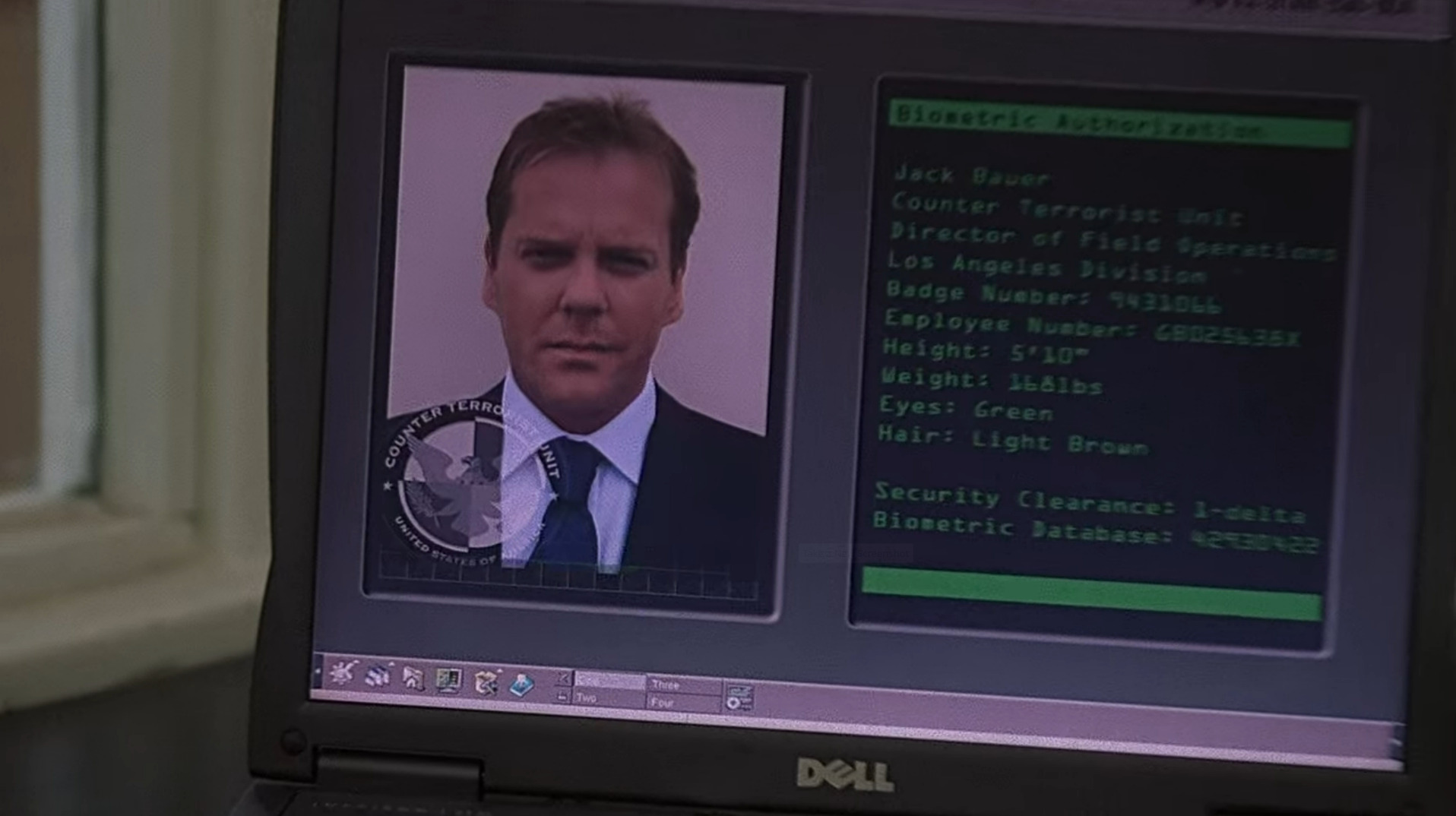 2003 - The good guys (as long as you consider CIA operatives “good”) got to use KDE 3.0 in 24 and it helped them to correctly identify who is probably the busiest spy in the agency, one Mr Jack Bauer, as he entered the HQ in Season 3, Episode 1. Source: Netflix. Thanks Eike Hein. 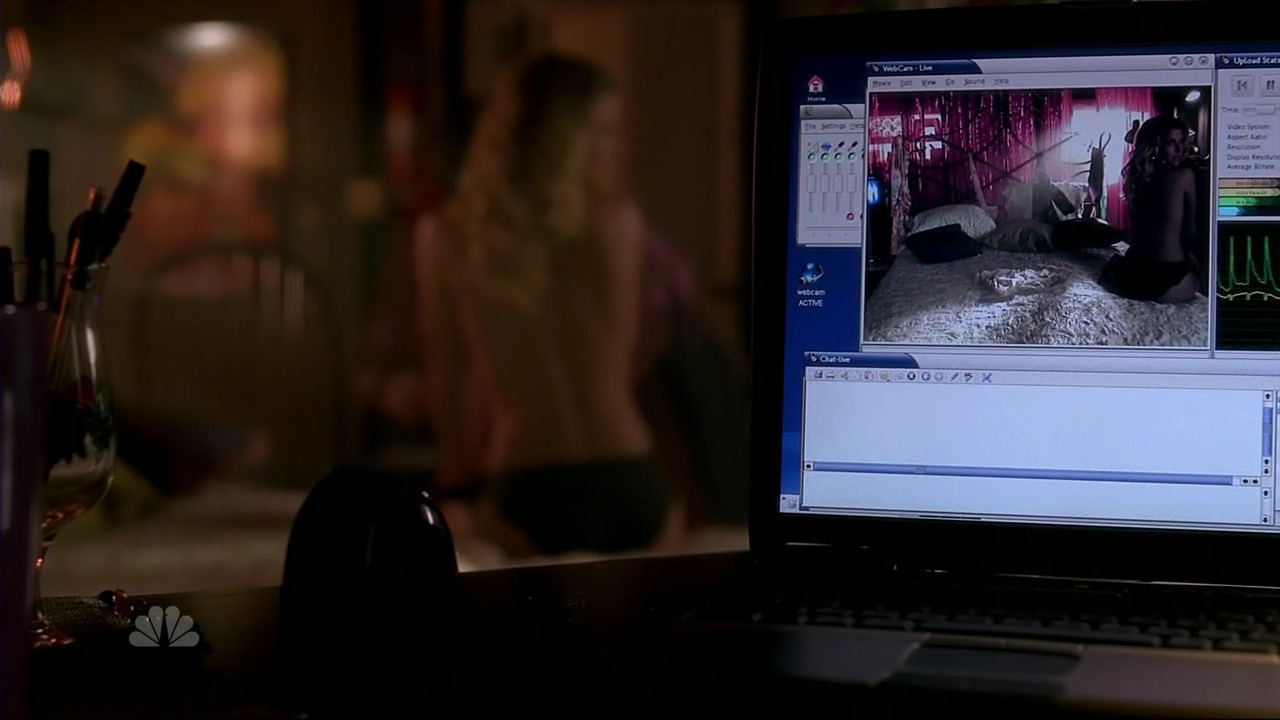 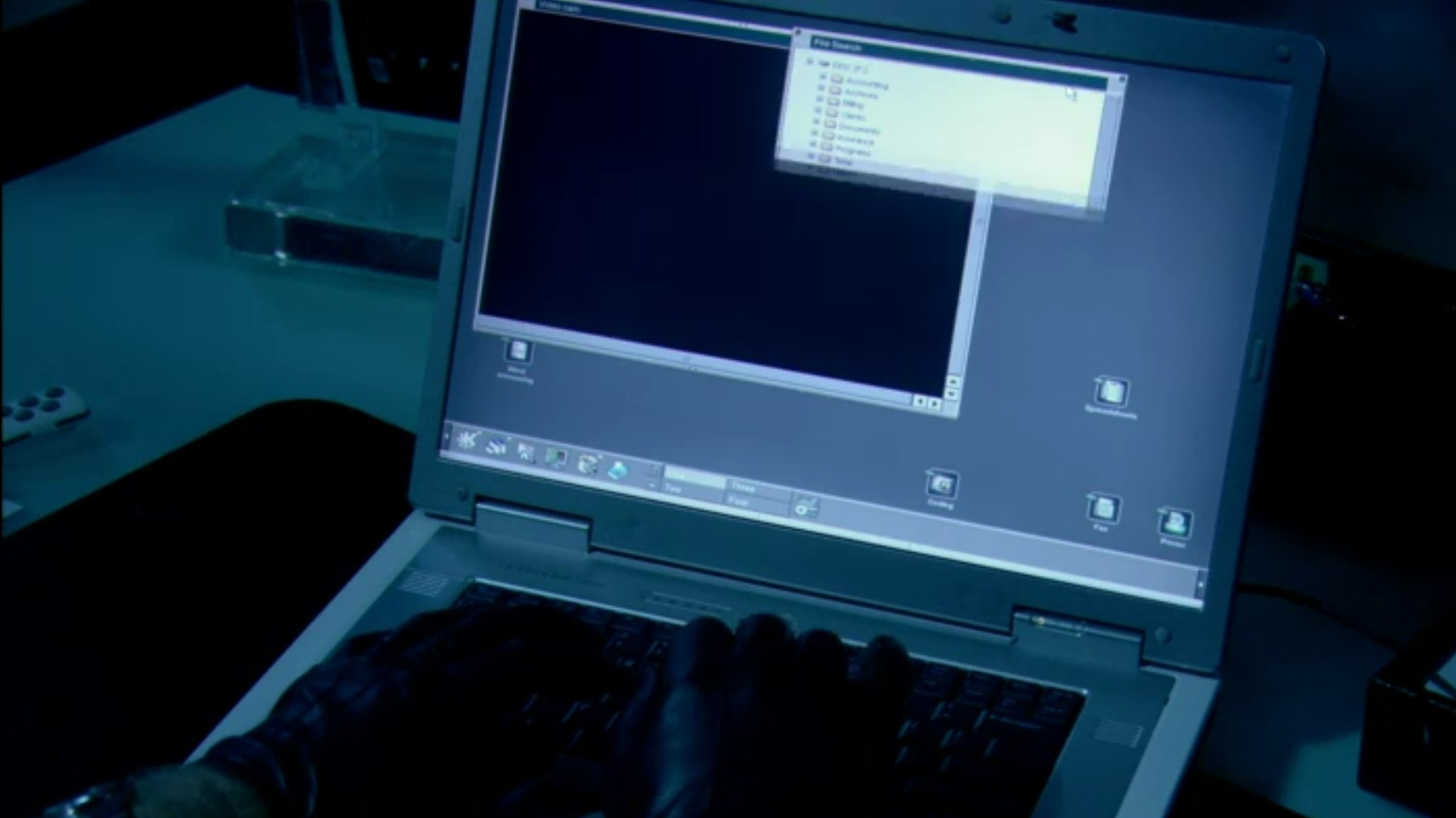 2006 - KDE 3 pops up again in the also popular, albeit darker, Dexter in season 1, episode 8, running on the laptop of a dodgy psychiatrist. Source: Amazon Prime. Thanks Aaron Seigo.

Entertainment - Behind the Cameras 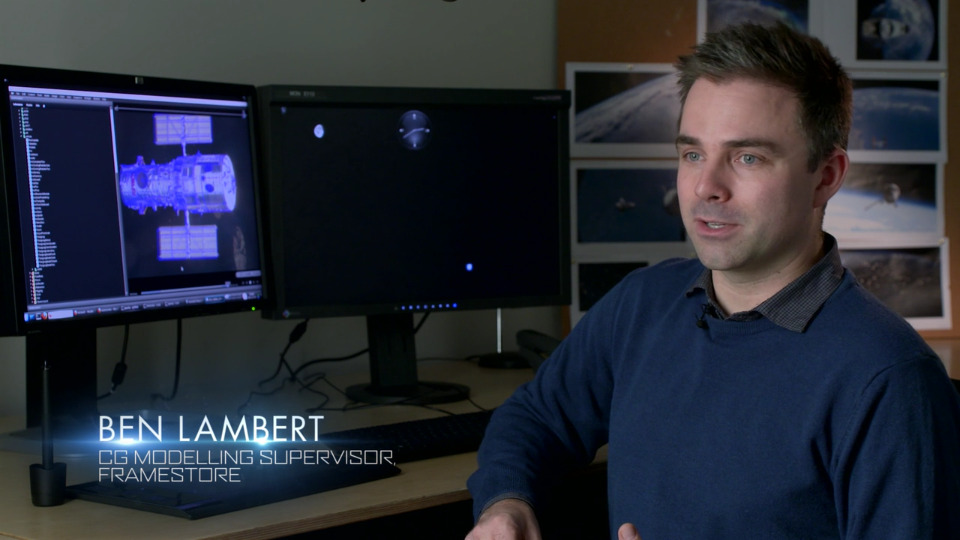 2013 - Alfonso Cuarón’s smash hit movie Gravity, starring Sandra Bullock and George Clooney, may have had wonky physics, but its visual production was impeccable, thanks, in part, to Plasma 4, seen here running the software used by the visual effects artists. Source and more pics. Thanks Eike Hein. 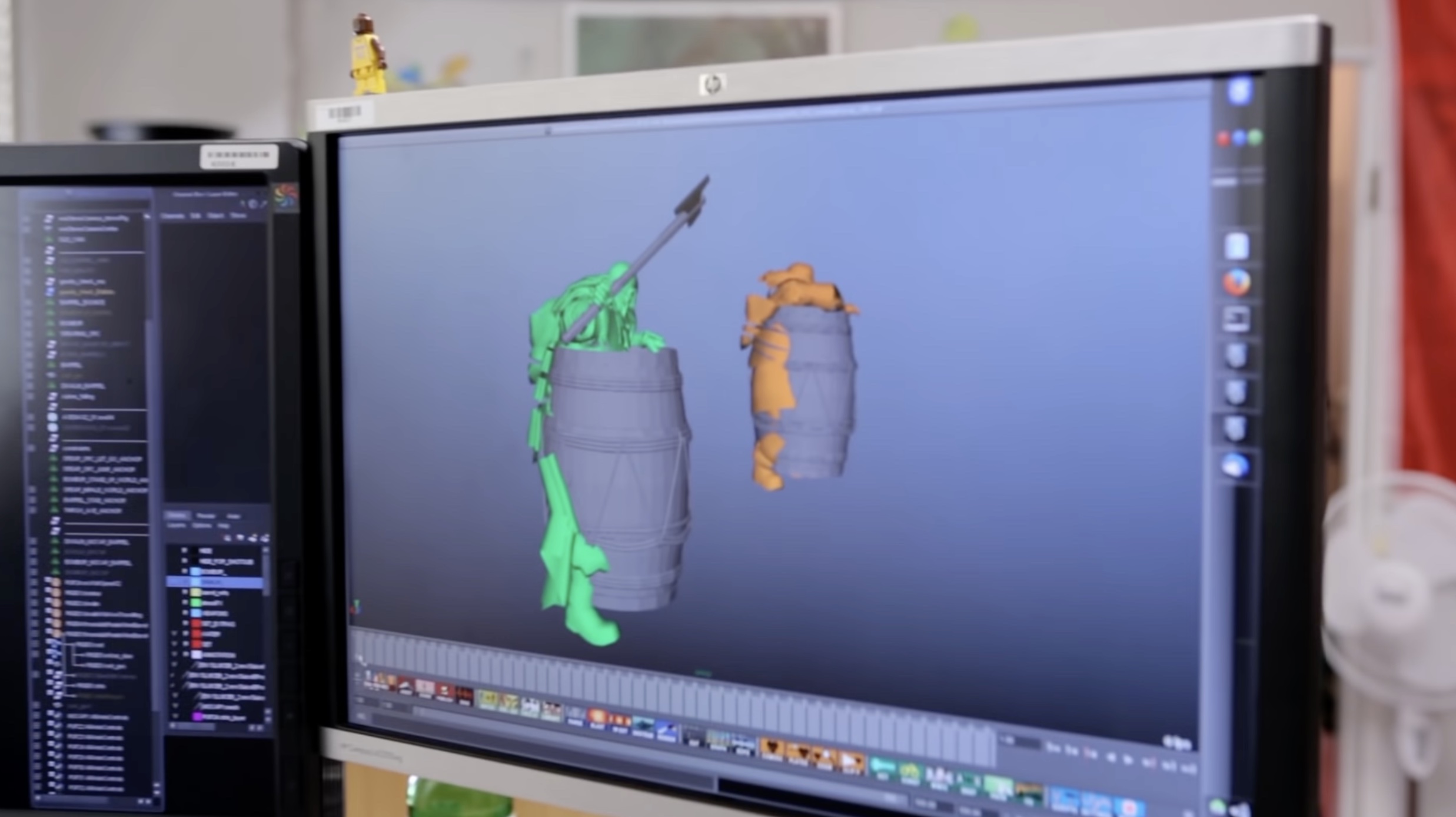 2014 - Weta Digital’s animation unit used KDE Plasma to produce motion capture for The Hobbit: The Desolation of Smaug. Next time you see some dwarves rolling down the river you can be assured that the smooth animation was done with Plasma 4. Source. 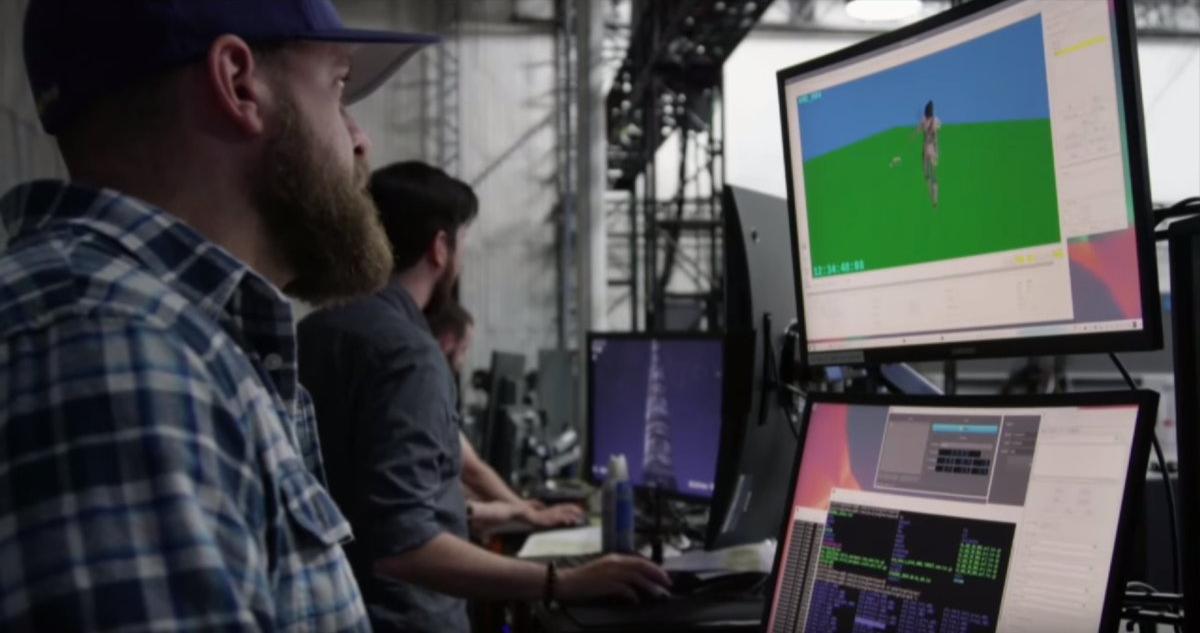 2019 - From Middle Earth to Pandora: KDE’s Plasma desktop and tools were also used during the filming of James Cameron’s Avatar. Source.

Have you seen other instances of KDE running in an interesting place or on a TV show or in a movie? Let us know! If possible, send us a pic too, so we can share it with the rest of the world.

Celebrate the occasion with KDE 25th Anniversary T-shirts and stickers! Remember: Freewear donates to KDE with every purchase. 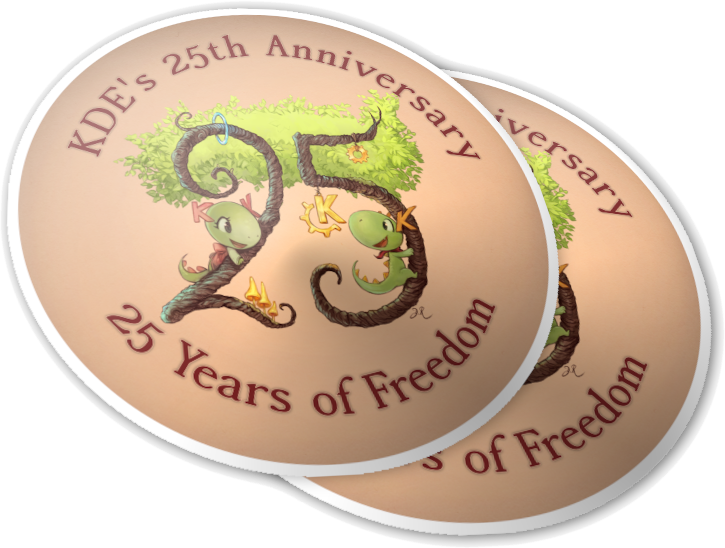